We had a brilliant day today on the classic route of the area, Rjukanfossen. The route was in good condition but the first pitch was narrow compared to how I’ve seen it in the past meaning a long direct 1st pitch was needed which actually added a bit of drama to the route. The 2nd pitch involved tunnelling through the ice curtain and the last pitch had a couple of steep mixed moves over the final chock-stone. Light snow all day and below freezing.

Other routes in the Rjukanfossen bowl looked thin but possible, Lipton was thin but has been climbed with a mixed section recently and Verdens Ende looked fairly complete down low at least and doable, due to the snow cover its hard to say what the upper section was like.  Many of the routes below the road tunnel looked fairly loaded with snow up high so exit routes would need some thought (no tracks yet) or an abb descent could be safer.. 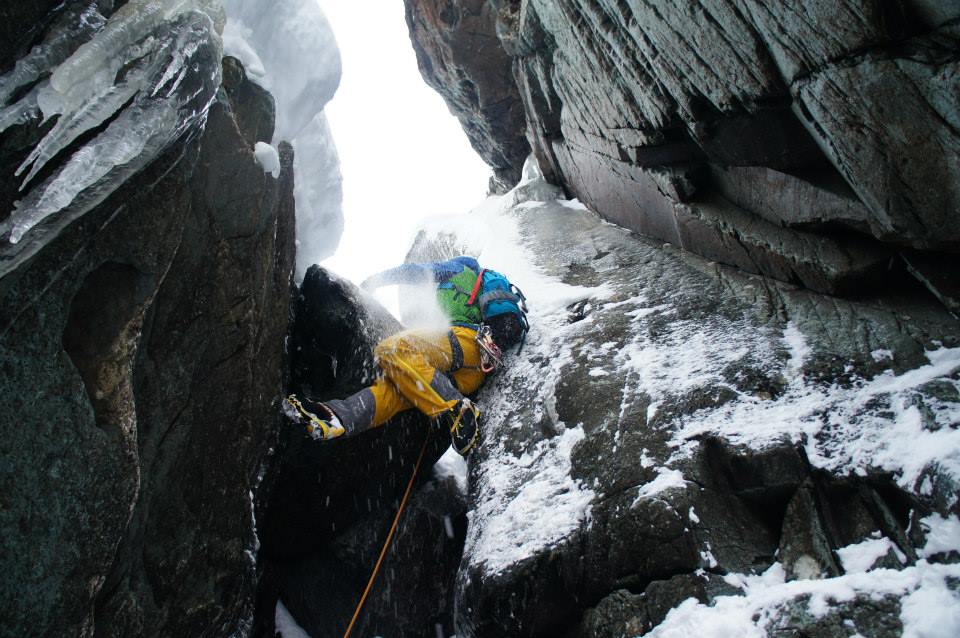 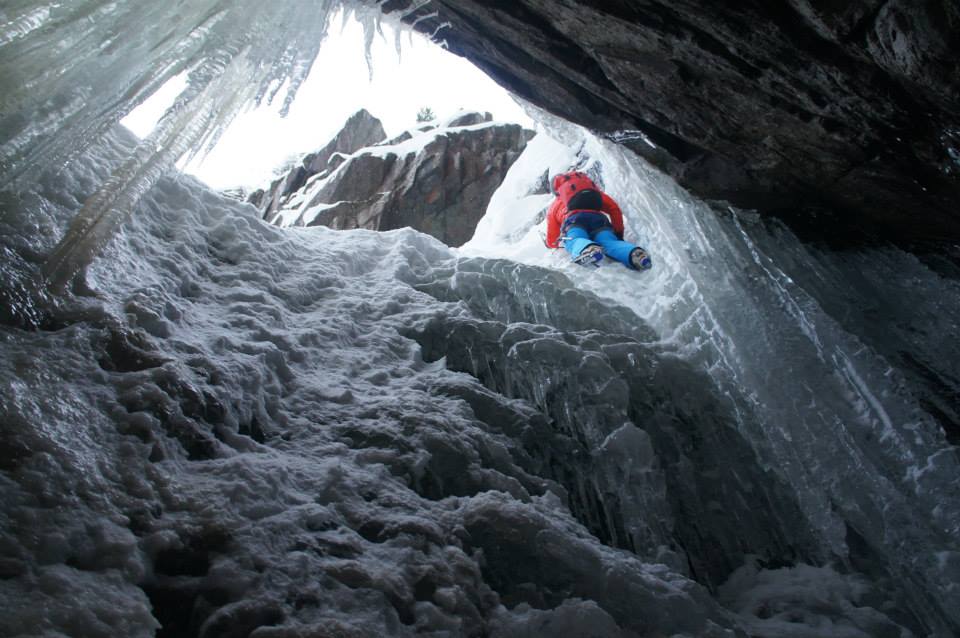 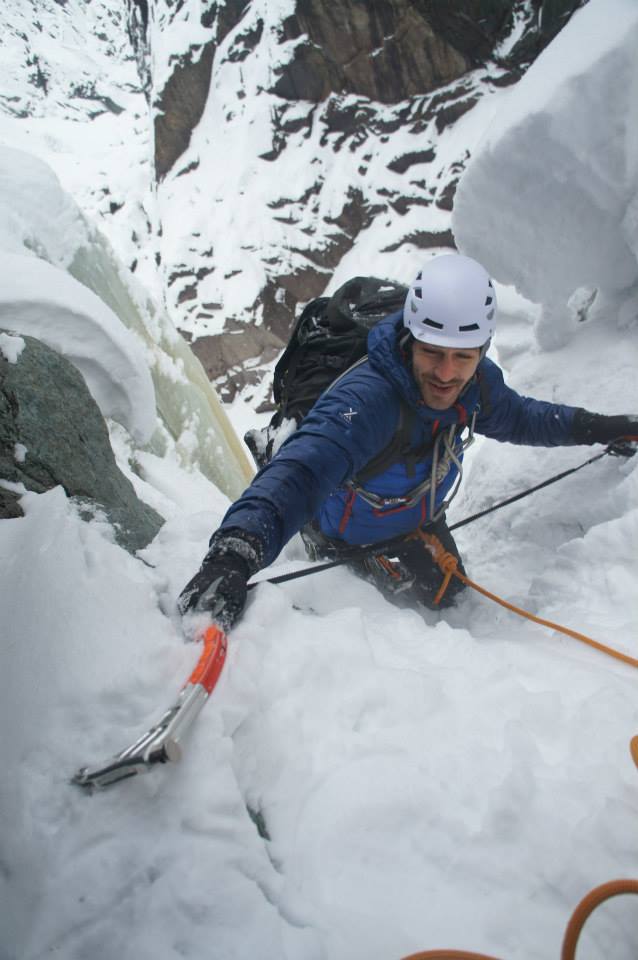 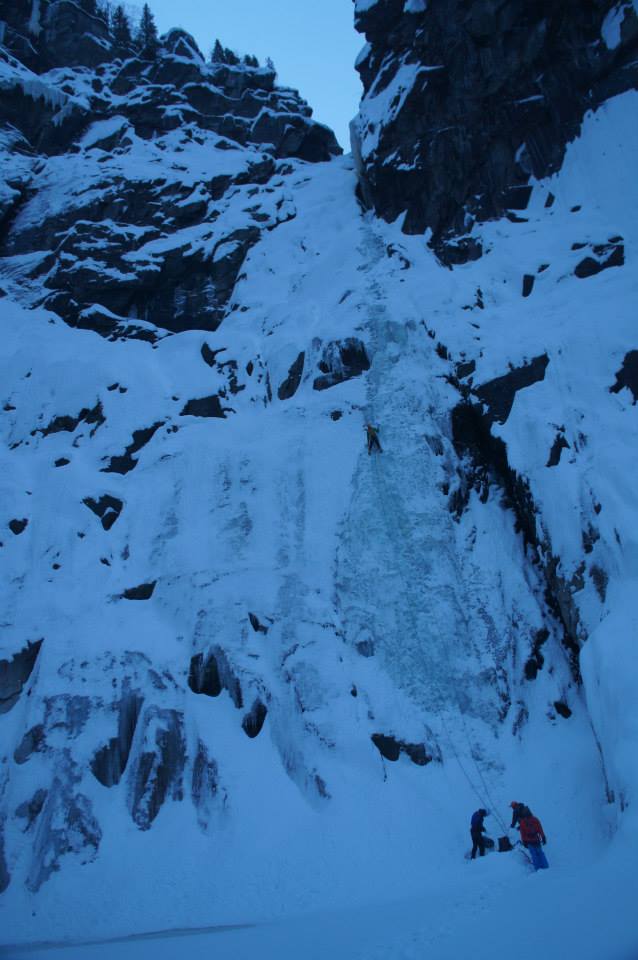 Rjukanfossen, good but narrower than I’ve seen it 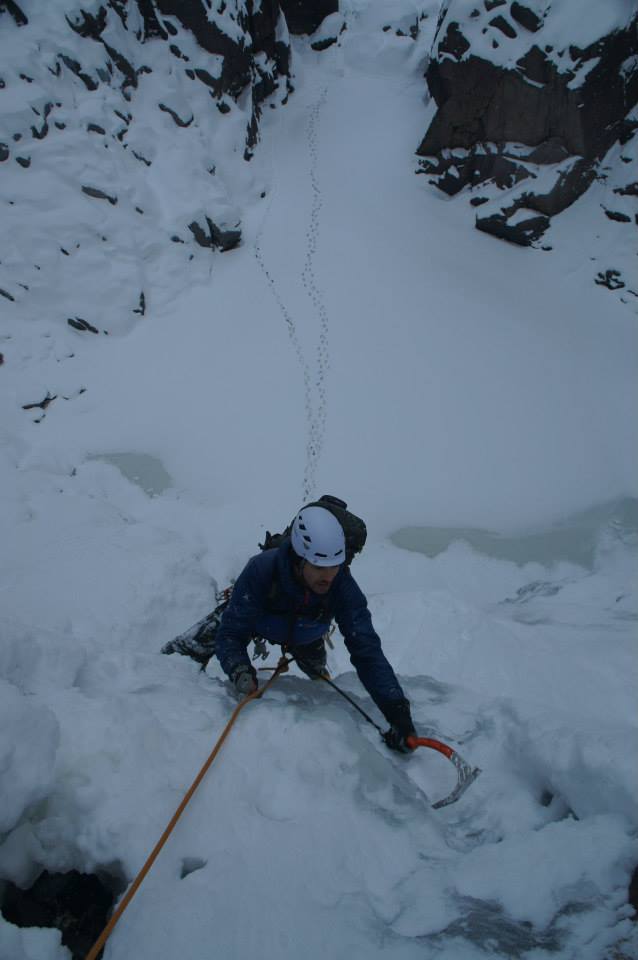 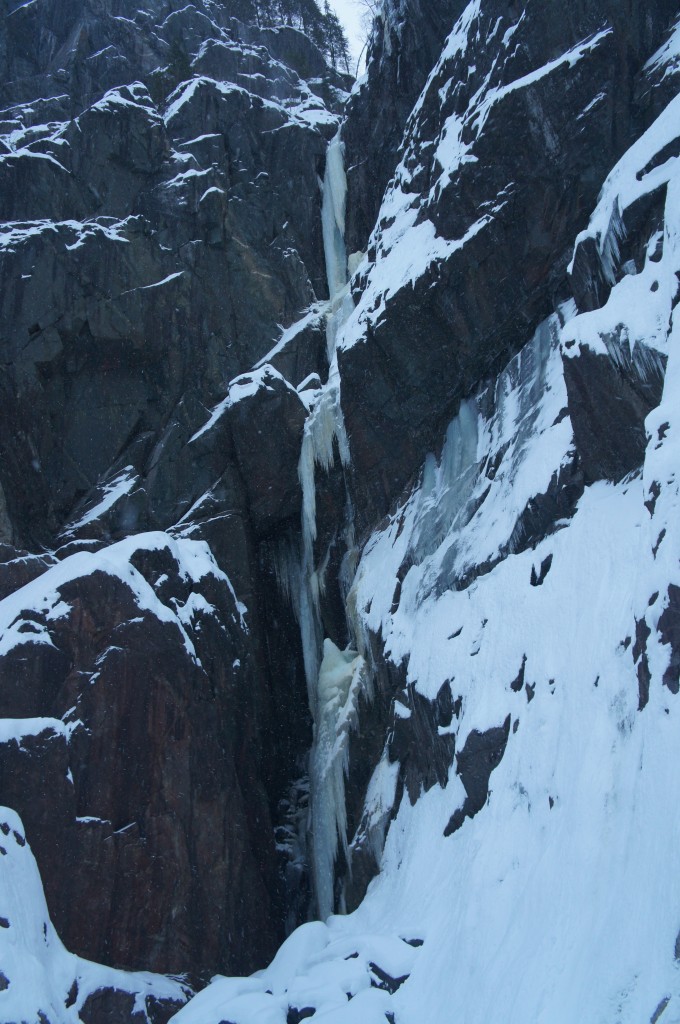 Lipton above and Verdens Ende below 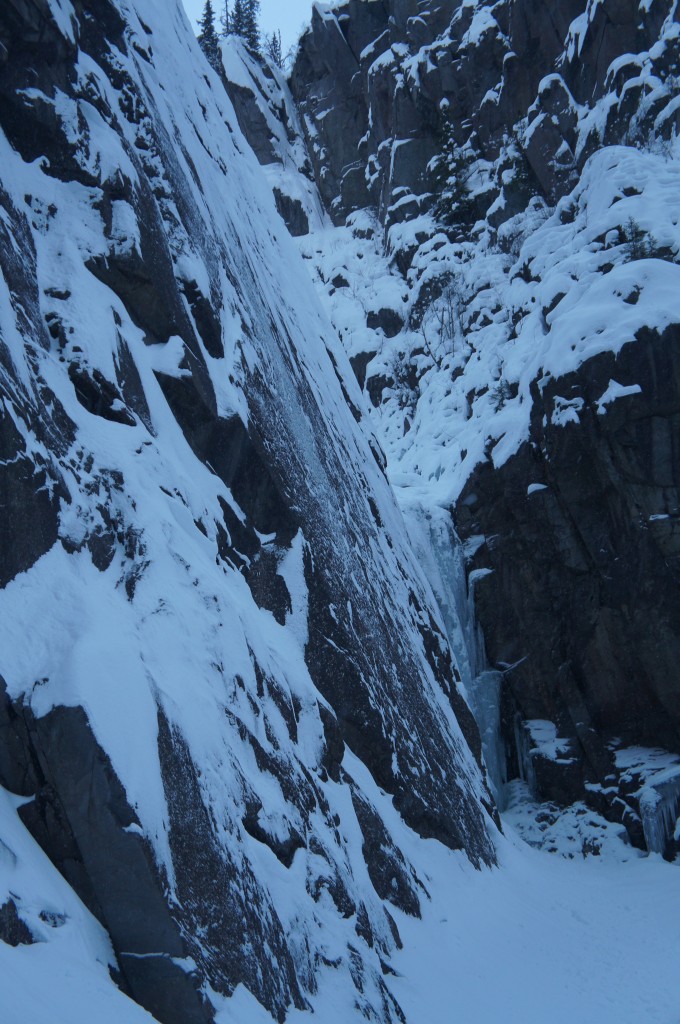