Headed out with Steve Ashworth of MovieIt on Wednesday to check out a steep single pitch crag he had spotted on one of his many lunch break scouting missions around the back of Langdale.  The crag was indeed steep and had some very continental looking ice fringes hanging off the lips with thin iced cracks and slabs in between. 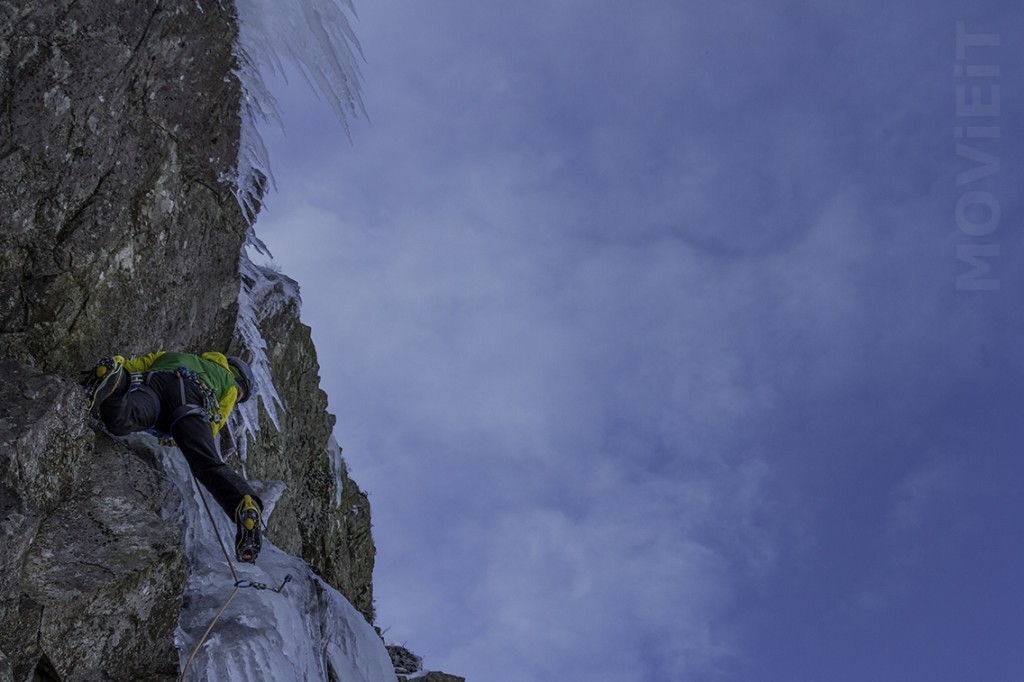 Below the final ice fringe before easier ground

We immediately tried the line of the crag up the steepest part, this gave thin wall climbing on iced edges with very poor gear, though a fair bit of it (slow you down type stuff..) up to a steep and committing move through an ice fringe, this involved leaving bad gear and pulling over the fringe with a number of moves in thin ice to get the feet on again and before a screw could be possibly placed, it was hard to say if it would take a screw! Luckily it did.. Then there was a traverse on thin ice to a final overhang climbed via ice seeping from a crack system.  A brilliant route, lots packed in, steep and required all the arms could give at one point!  Many thanks Steve for the belay and brilliant photos!  Route name – Gladiator – Gladstone Knot, Langdale. Grade – who knows?!

We also climbed a really nice ice-fall on the right of the crag, this had a thinly iced and bold start up a corner followed by a steep finish, also a really nice route.  Probably V/5 ish.

A great find from Steve and brilliant photos, for more from MovieIt see – http://www.movieit.co.uk/ 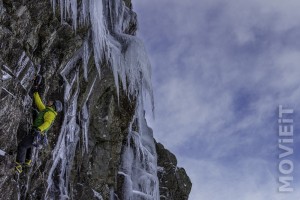 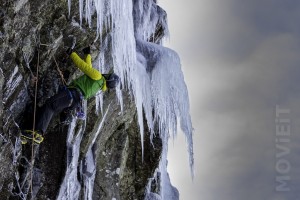 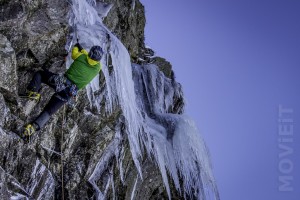 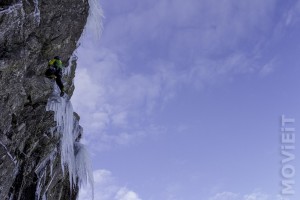 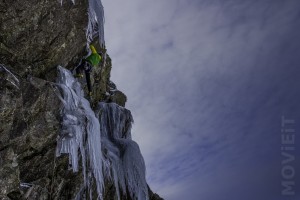 And below the 2nd new route of the day… 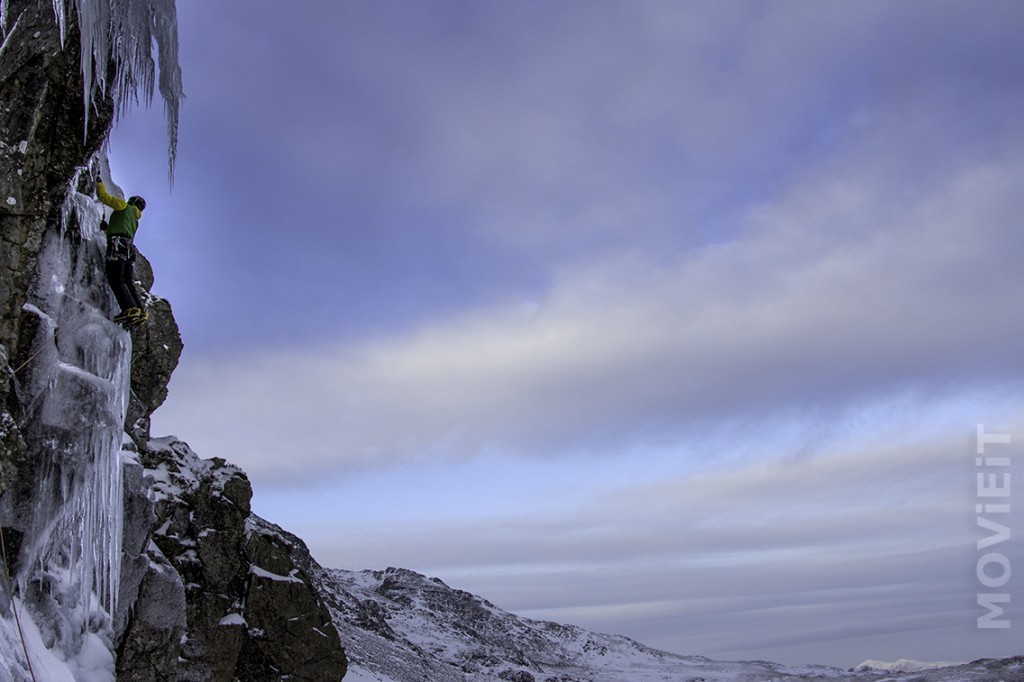